A fortnight of celebrations to mark Holy Saviour’s 150th anniversary kicked off on Sunday, 11 June with a special service at which the Bishop of Croydon, Jonathan Clark, presided. We were very happy to have special guests from the wider community, including newly re-elected local MP Steve Reed in our midst for the celebration. Sunday school children unveiled a special 150th anniversary banner they had painted and a time capsule was buried in the church yard after the service. 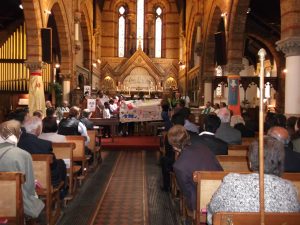 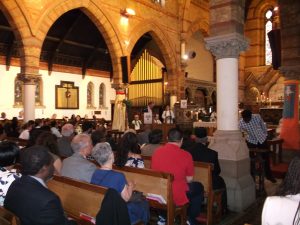 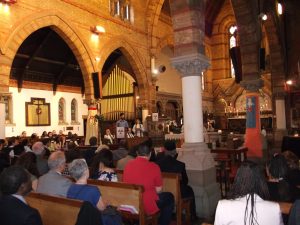 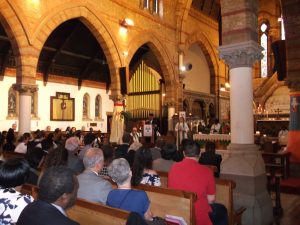 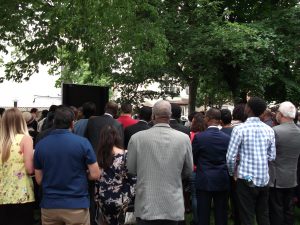 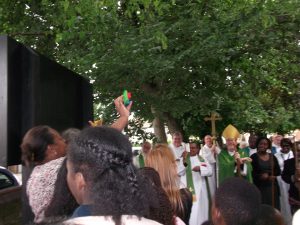 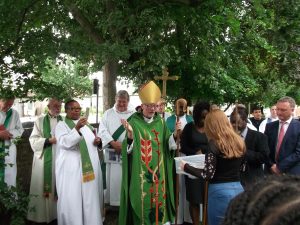 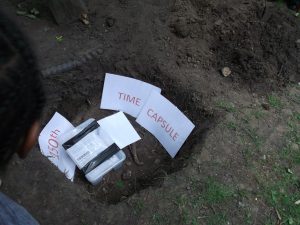 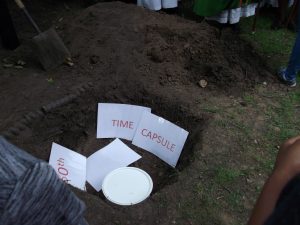 Sunday, 18 June, the church’s actual anniversary, was marked with a Dedication Service followed by a presentation by local historian, Raymond Wheeler, on the history of the area. The session ended with a special 150th anniversary cake baked by our own professional baker, Kat Prentice. 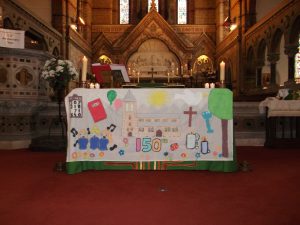 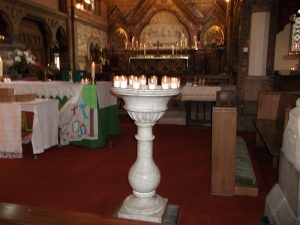 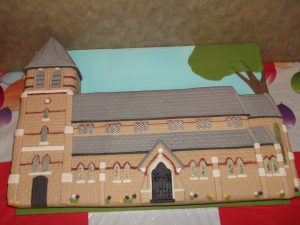 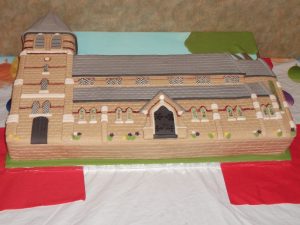 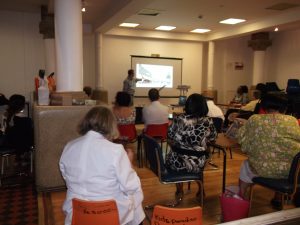